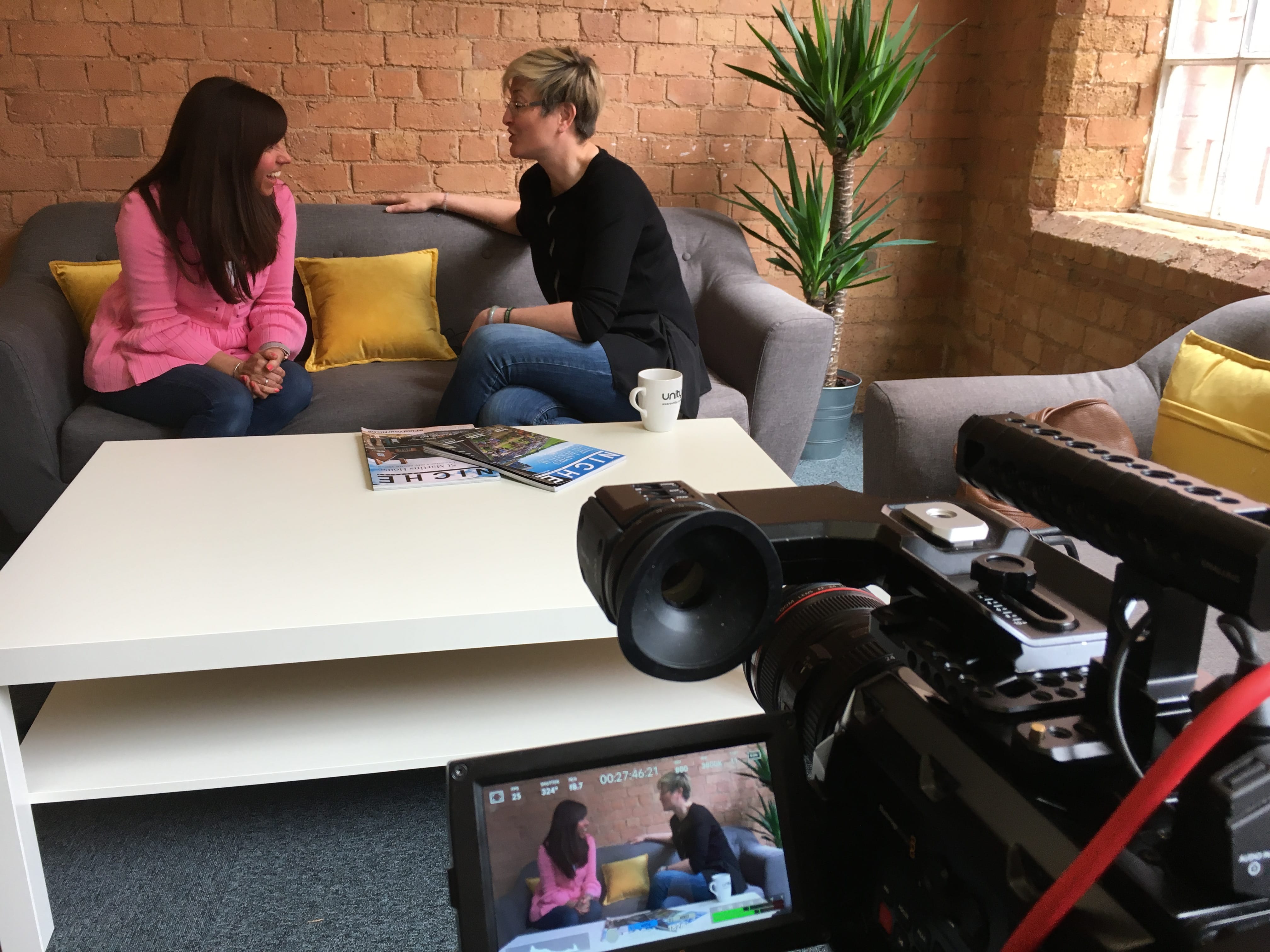 Last week we shared our Top 5 reasons for entering awards – a task which we found particularly difficult as there are obviously just so many reasons why you should do it. This week we thought it would be good to bring that list to life by sharing some first-hand experiences from The Awards People clients and contacts.

Viewers of our vlogs – which come weekly from the Sofa of Success – will know that we are very fortunate to have some fabulous clients and business friends who are willing to discuss their experiences and give us useful tips regarding business award nomination, award entry writing and, of course, award success. Throughout the weeks we have been gaining a very valuable insight as to what it feels like to be a finalist or winner and the resounding message we are receiving is that companies see significant benefits almost immediately after award entry submission.

Pete Frost, MD and owner of Unity, spoke of the marked increase in interest he experienced in what he and his company could offer following news of their award success. Contacts which had previously been tricky to get hols of suddenly wanted to open up a dialogue and Pete made the interesting analogy of it being a like an independent 5-star review, more powerful even than the most flattering testimonial!

Director of SHB Solicitors, Lisa Bacon, told us about just how excited she was when she heard about her award win – a high which she said lasted for a very long time. Alongside the feeling of success, she describes how she became aware of great support from colleagues and friends and how humbling that was in itself. Lisa felt a great pride in what her work had achieved, and this was echoed by her colleague, Holly Morgan, who is at the beginning of her career and was reassured in her choice of employer; in short, the award win gave her confidence in what the future was going to offer for her at SHB.

Speaking from a slightly different angle, Emma Hallam came to share her experience of award entry (and winning) from a charity’s perspective. For her, success in her chosen category proved that Alex’s Wish could compete with the ‘big boys’ but, more importantly, she felt that it was a huge thank you to her supporters and co-workers who work so hard to raise money upon their behalf. Another ‘side benefit’ which became apparent very soon after the charity was announced as a winner was the way in which it eased the conversation with new business contacts and led to much faster engagement.

These are just a very small selection of the positive vibes we have seen week after week on our Sofa on Success and we hope that they will re-enforce the message about just how advantageous award entry can be for businesses of any size or type. What are you waiting for? Get those award submissions in now!!