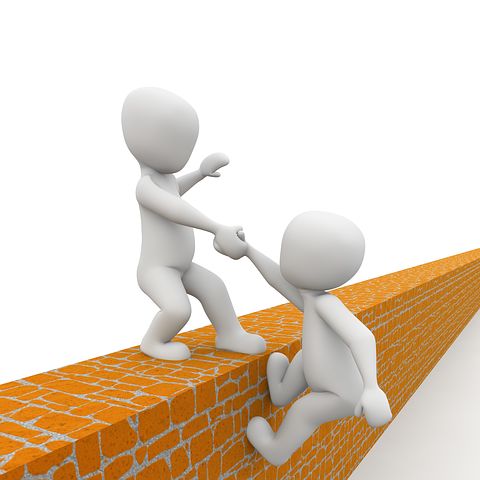 This week we thought it might be nice to focus on a specific sector and what they have to gain in entering awards. At The Awards People we work with a number of charities and that seemed like a jolly good place to start.

Of course, as we have said on many occasions in the past (not too repetitively we hope!), most businesses have so much to gain from being part of the awards, so why would we expect charities to be any different? Good point, we say, but there are some really quite unique characteristics about the charity world and it means that award success really is so valuable to their operation and to their cause.

So, what benefits, in general, do charities get from the awards process?

Whilst we all like to think of ourselves as being generous people, we are also busy people and sometimes we don’t always know about the existence of every local charity looking for help. One of the main roles of those trying to raise funds is getting the charity name ‘out there’ so that it can at least be in contention when an individual or business is deciding where to send its charitable contribution or donate its time. Event publicity is one of the best ways we can think of to do just that.

It’s always good to know that the charity you are supporting is indeed worthy of your hard-earned income. When a charity enters an award, never mind actually wins, they are showing the world that they are open to scrutiny and have welcomed independent audit and assessment. Always a reassurance and generally admired amongst those in a position to help.

There are usually many people working behind the scenes in any charity: fundraising, volunteering, raising awareness, essentially contributing in a wide number of ways. When a charity wins an award these often-unsung heroes are also receiving the recognition and are being reassured that what they are doing is valued, appreciated and is obviously also effective.

Contacts are a very valuable commodity for any charity. It is through contacts that funds are ultimately raised. Most organisations are regular attendees at business networking events as they have long since realised the value in being amongst people who can help them in a variety of ways, not simply by donating but often also by participating. What better place to find new contacts than in a room of invited guests at an awards reception or shortlist event, all equally deserving of their place at the table.

Over and above just getting the name out there, an awards event often includes an opportunity for the audience to learn more about the workings of the charity in much more detail. This additional knowledge which is imparted upon the attendees may just be the catalyst for some to get more involved in all manner of ways (all of which are of great value to the charity).

Whilst each of the benefits named above will ultimately have an impact on funds, there may be a more immediate financial gain. Occasionally awards are accompanied by a prize and this could be a very welcomed bonus when every single pound matters so much.

We ourselves gained first-hand experience of just how important award submissions can be to charities when we were joined on ‘Sofa of Success’ by Emma Hallam of Alex’s Wish (www.alexswish.co.uk). Her enthusiasm for and appreciation of the awards process was really quite overwhelming and reminded us that it isn’t all just about having a shiny trophy to show off. You can, of course, hear Emma’s story by visiting our vlog page here.